Way: Through the Stag Door 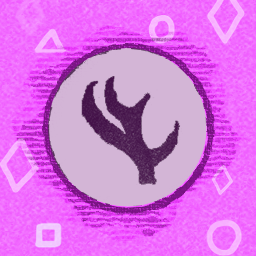 The Stag Door is the first door by which one may enter the Mansus proper without the restrictions of the White Door. It is guarded by a Name called Ghirbi, a huge disembodied head who bars passage to any who cannot answer his riddles. Ghirbi was originally one of the first human occultists, who broke open the doors of the Mansus, probably as part of the Lithomachy. He now guards the gate as punishment. The Stag and White Doors correspond with the mythical Gates of Horn and Ivory. False dreams pass through the Gate of Ivory, while true dreams pass through the Gate of Horn.

The Ascent of Knives, also known as the Sharp Stair, is the way up from the Stag Door to the higher reaches of the Mansus. Those of the Dead who pass it can become Maids-in-the-Mirror. Underneath it is a nest of empousai.

You can reach the Stag Door by Dreaming with Way: The White Door and your Desire. However, upon reaching the Stag Door, you will be posed with the Stag Door's Riddle. Only once you answer the riddle correctly will you receive Way: Through the Stag Door.

Dreaming on Way: Through the Stag Door with Reason will bring you to the Mansus where you must choose one of three cards. The card representing The Stag Door will be face up, while the two representing the Ascent of Knives and The Painted River are face-down. You must click and drag a card to the Gate. Only one card can be chosen; the other two will be revealed and then destroyed.

The Ascent of Knives[edit | edit source]

To reach The Spider's Door, Dream with Way: Through the Stag Door and a Lore Fragment with Grail, Knock, or Lantern 8 or higher.